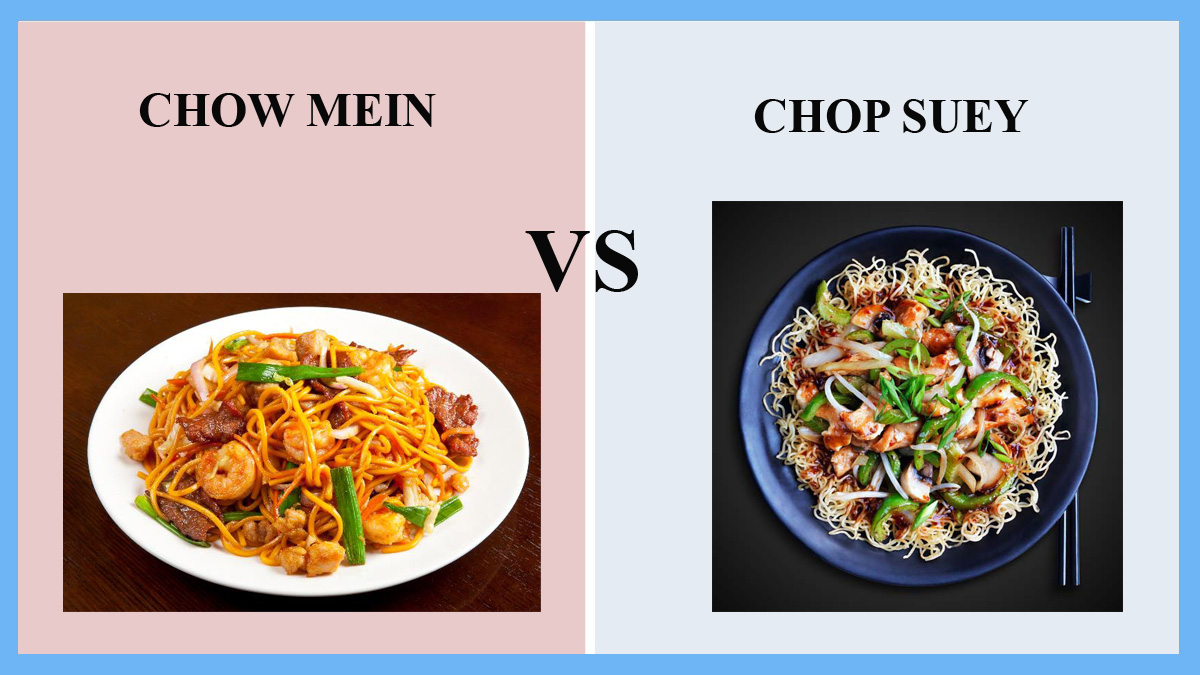 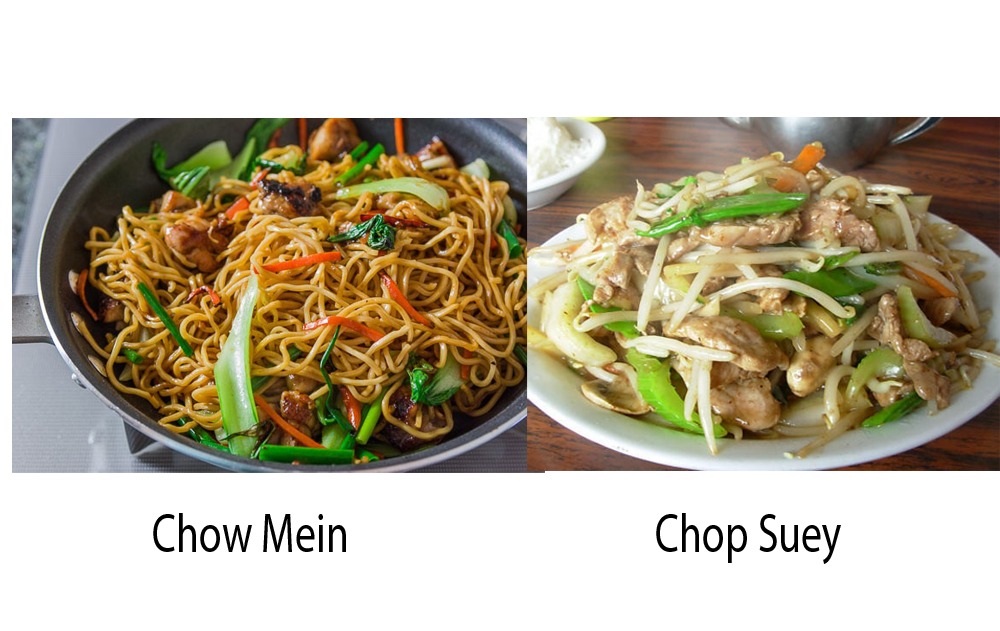 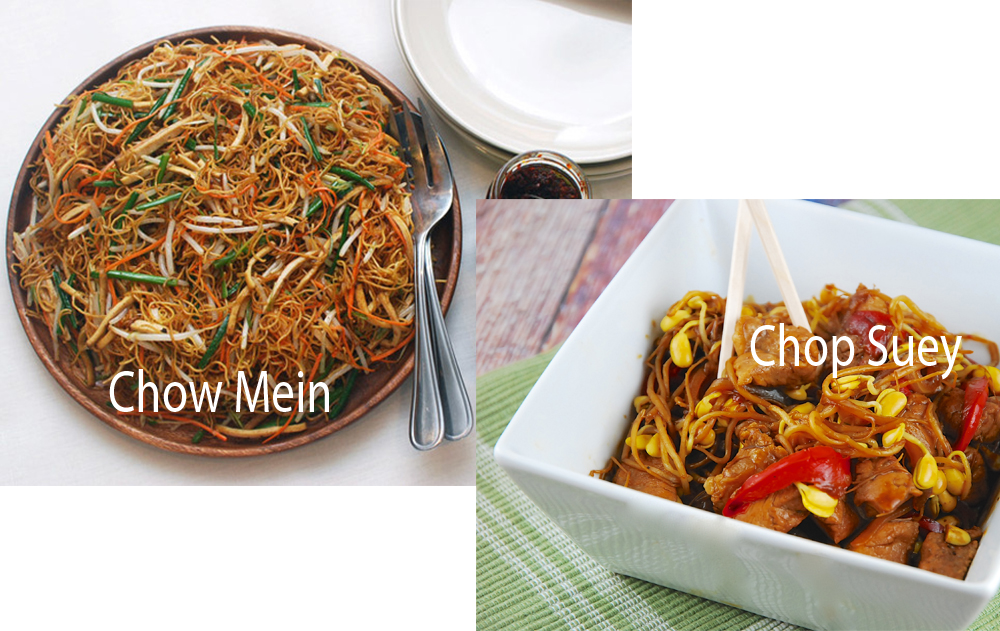 So, there is only one type of Chop Suey, but the ingredients may vary depending on where you eat it. It can be served with noodles or rice or even both. On the other hand, there are steamed Chow Mein and fried Chow Mein. Usually, neither comes with rice.