Potatoes are one of the most frequently used ingredients for snacks. Both potato chips and French fries are very much loved throughout the world. However, there has been some debate about which is better. The answer certainly depends on some personal preferences, but here you can learn more about some differences between potato chips vs French fries.

Some of the best things are invented by accidents. This is probably the case with potato chips. Most people believe that potato chips were first invented by George Crum in the year of 1853. One of his customers didn’t enjoy his thick-cut French fried potatoes, and wanted thinner ones. See also: Popcorn White vs Yellow.

George Crum got angry after he couldn’t please the customer, so he sliced the potatoes to the thinnest chips possible. The fried potato chips were too crisp and thin to skewer with a fork. Surprisingly, the crisp potato chips received good praise, and quickly became a popular dish. 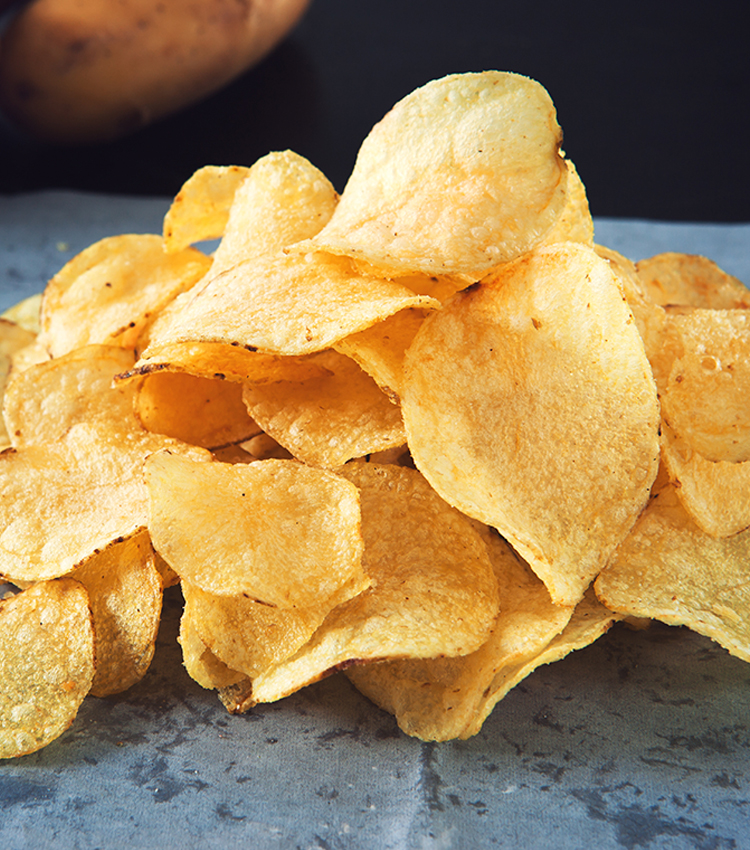 French fries are older. They are apparently invented by either the Belgians or the French. The origin is not much known. However, according to Wikipedia, the term “French fries” became popular after the former president Thomas Jefferson asked for “potatoes, served in the French manner” in a White House dinner in 1802.

Actually, potato chips and French fries are cooked in a similar manner, which is by frying. However, potato chips are typically thin and crisp. They are made by slicing potatoes in thin, fine chips. After the frying process, these thin chips become crisp. But note that British potato chips are unique with thicker slices. Potato chips are also sold as snacks in nitrogen-filled bags in stores.

On the other hand, potatoes for French fries are typically cut into long sticks of varying lengths and thicknesses. They are also fried, but the thicker sticks may remain soft and tender. 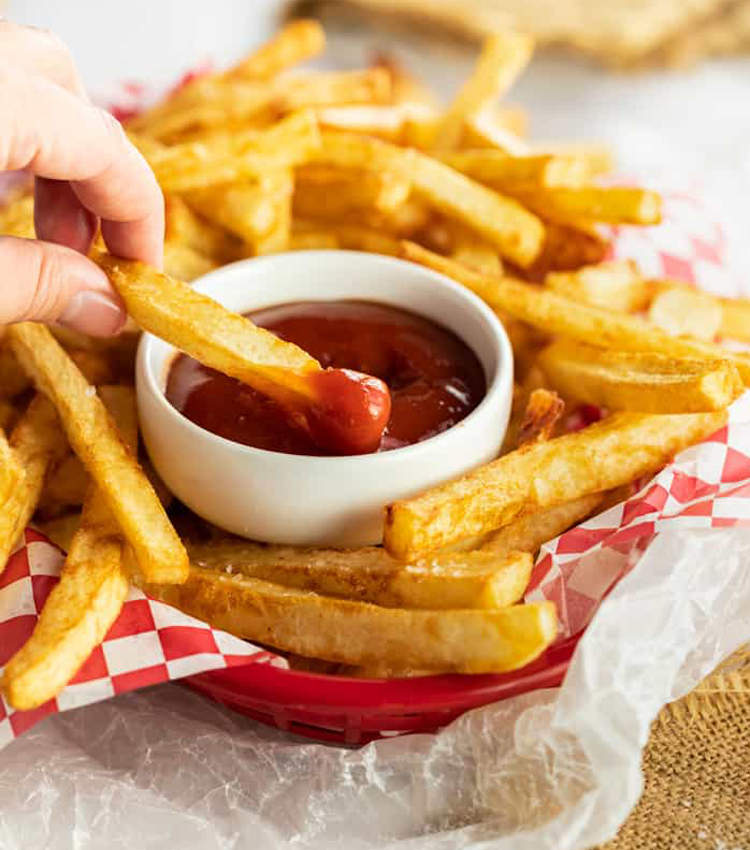 Potato chips generally have higher calories, carbs, and fats than French fries of a similar amount. In a 100g serving of potato chips, there are approximately 547 calories with 49.74 grams carbs, 37.47 grams fat, and 6.56 grams protein.

On the other hand, a 100g serving of French fries ‘only’ has 274 calories, 35.71 grams carbs, 14.08 grams fat, and 3.49 grams protein. So, French fries make a relatively healthier choice if you need to limit your calorie intake. Then again, the calorie level is French fries is also quite high, so don’t eat it too much if you want to lose weight.